Naturally, when I’m not baking or working, I’m usually drinking with my best gal, J. It starts, as it usually does, with one making an overture to the other. “Care for a drink?”

One drink. We could do this! We are totally committed. It is a work night, after all, and we are industrious little ants.

And maybe it was the heavy use of figurative language a client had used in a survey I was reporting on, because suddenly I was feeling poetic, which, led to us breaking the number #2 cardinal rule after Do Not Drink and Drive: Do Not Drink and Go on Facebook.

It became mutually unsaid and understood between J and I that we were to proceed taking turns in photographing and Facebook-posting the several drinks we would be ordering.

And suddenly, it became absolutely imperative that she only speak to me in Ryan Gosling memes.

Then it became absolutely imperative that I only speak in Ryan Gosling memes. And then it’s downhill from there and you wake up the next morning to a Facebook page full of this: 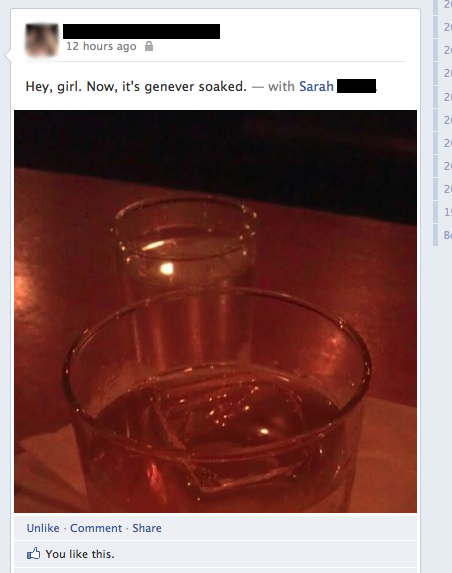 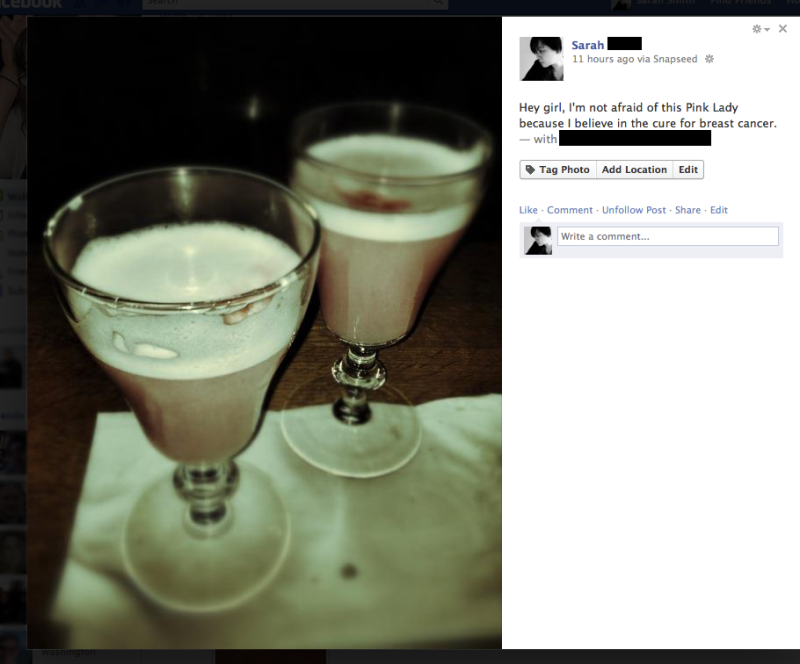 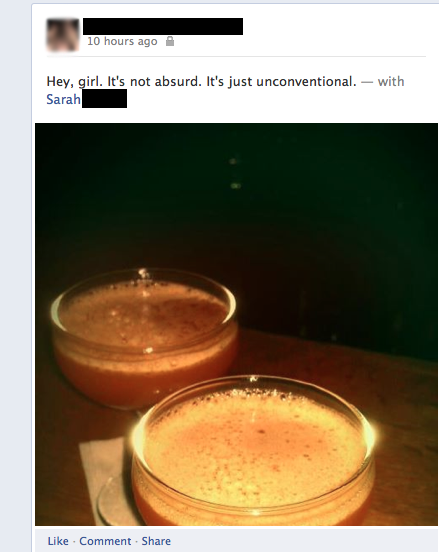 (“I’m using the last of this alcohol we had illegally imported,” the bartender said.

“We are grateful!” we chirped in reply.)

This entry was posted in life and tagged boston. Bookmark the permalink.